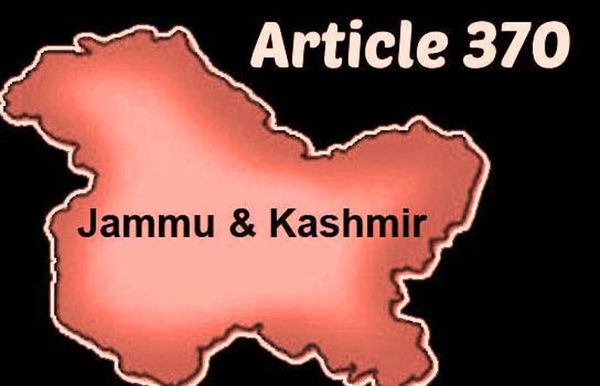 Kashmir, a majority-muslim region in both India and Pakistan’s north, has been partitioned between the two countries since 1947. It’s been a major source of tension ever since, with both sides disputing one another’s control over the region; the two countries have already gone to war over it twice.

This week, India’s government exacerbated the situation by revoking Article 370 of India’s constitution, which had for decades afforded the Muslim-majority state of Jammu and Kashmir (J&K) — India’s side of Kashmir — substantial autonomy over its own affairs. By revoking the article, the Indian government in New Delhi will now have far more control over J&K, and outsiders will be allowed to buy property there.

In reply, Pakistan announced it was downgrading diplomatic relations and cutting off bilateral trade with India, and said it would be referring the Kashmir issue to the United Nations Security Council.

Pakistan’s leaders are also warning that the situation could spiral out of control. Prime Minister Imran Khan noted that India and Pakistan have fought wars before over Kashmir and that “Such incidents are bound to happen again. I can already predict this will happen.”

This is what the media is telling us or what the situation looks. But with the world’s economy already showing signs of slowdown such as low IIP and GDP figures and USA-China in a cold war zone, it would be very difficult for countries to sustain a war .

With Mars entering Rashi of Sun and nakshatra of Ketu .When Mars will enter poorva phalguni on 30th August’2019, it will be starting of a period in which we should be watchful of natural calamity / border dispute, infilteration,internal suffering ,Mass destruction

While analysing SARVATOBHADRA – CHAKRA we should focus on following points:

1 – VEDHA TO VRISABH AND/OR MAKAR RASHI by SATURN, MARS,RAHU OR KETU

2- VEDHA TO JANAMVAAR by SATURN, MARS ,RAHU OR KETU

3- VEDHA TO JANAMNAKSHATRA by SATURN, MARS , RAHU OR KETU

MARS IS IN MAGHA.IT WILL MOVE TO POORVA PHALGUNI ON 30 AUGUST 2019.

FROM HERE IT WILL GIVE VEDHA TO JANAM NAKSHATRA ( INDIA) PUSHYA ) AND VRISABH RASHI.

In D/1 – Mars is 7th lord of war is aspecting 8th house of intrigues and mass destruction.

Hence, transit of Mars in poorva phalguni nakshatra and dasha both ignite the above said problems .

From 30th August to 19th September.

Movement of Mars and Saturn through various nakshatra.